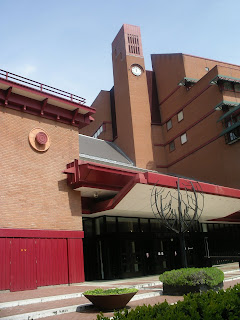 I wanted to see the Magna Carta, but became enthralled in the National treasures of other manuscripts, especially the original manuscripts of writers such as Jane Austen, Sylvia Plath, Lewis Carroll, Beatles, Handel's Messiah...

Here are some fascinating aspects of the original maunscripts especially for me the writer:

Even a cup of tea had a character to chuckle at: 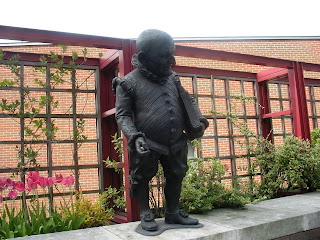 I had a good look in the Library's shop- unfortunately that was the closest I got to books-  to look in the collections one had to register to become a reader...

But great re-enforcement to write and cross out and change... Jane Austen was writing stories to amuse her family since the age of 12- all good practice for the wonderful classics written later..
Posted by Life's a poem at 04:02

just goes to show that gotta write on everything! - sounds like those writers just could'nt hel themselves