Paul Collins at my blog today 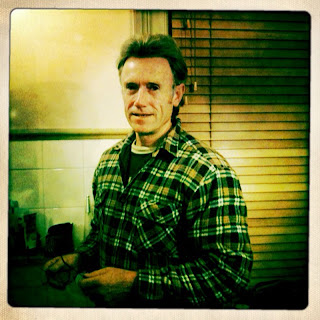 Welcome Paul- your new novel The Maximus Black Files was recently released and it's part of a planned trilogy, can you tell us a bit about that?

I was asked recently whether I wrote The Maximus Black Files in one hit or whether I wrote just the first book to test the waters. The latter is definitely the way to go. It’s an arduous three to four years to write a trilogy, and that’s a lean period for anyone if it doesn’t sell. Another way of writing a series is to plan it out, either in outline or chapter by chapter, and then polish the first book to publication stage. And this is the way I opted to write the series.
So right now I have Mole Hunt Out There, with books two and three at first draft stage. I expect to commence polishing book two pretty much within the month so that it’s ready for publication mid next year.
Who is the main character?
Although I suspect the time of the anti-hero is nigh, I was a little worried about Maximus Black. He’s obviously a sociopath, and demonstrates this propensity by killing two people in the first chapter. But just today I started reading Scorpio Rising by Anthony Horowitz. His baddies make Maximus look like an apprentice sociopath. Scorpio agents manage to kill a truckload of people in the first hundred or so pages. So that’s one piece of doubt off my mind – perhaps killing in comic-book fashion in YA fiction isn’t so prohibited after all. Further doubt has been eroded by various reviews that are appearing. Bookseller and Publisher said it was “bitingly clever” (I don’t usually get quotes like that!) and a cross between The Girl With the Dragon Tattoo, Dexter and Total Recall. Now if the book lives up to that description I suspect I’ll have an enthusiastic readership. Other reviewers refer to it as being so fast-paced it would give Matthew Reilly a nosebleed, while another said she couldn’t put the book down (must be that magnetic cover!).
Dystopian fiction is not a genre I'm familiar with- can you tell me more about this genre?
Doubt is what drives dystopian fiction. It is perhaps the world’s darkest genre. It’s commonly set in bleak or post-apocalyptic landscapes where resources are scarce, and features futuristic technology, mind control, violence and war. Why do people read it?
This genre has been around for years but is really big right now (for once I was fortuitously ahead of time – I started The Maximus Black Files about four years ago before dystopian fiction’s sudden popularity). It becomes in vogue when people are anxious about their future – and when people are hungry for hope. You only have to look at current world events – war, terrorism, floods, climate change – to see why young people might be worried about where their world is heading.
With dystopian fiction, young readers get to test out their own belief systems and moralities without getting too close to the real issues – because they get to empathise with the characters in the books instead. 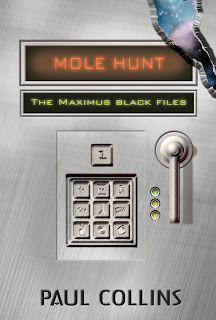 I'm curious to know more about the action in the book...
So here’s a plot outline. It’s my version of dystopian fiction:
Special Agent Maximus Black excels at everything he attempts. The problem is, most of what he attempts is highly illegal. Recruited by the Regis Imperium Mentatis when he was just fifteen, he is the youngest cadet ever to become a RIM agent. Of course, being a certified sociopath helps. He rises quickly through the ranks, doing whatever it takes to gain promotion. This includes murdering the doctor who has certified him, as well as a RIM colonel who Black deems to be more useful dead than alive. Now seventeen, he is a valuable member of a highly secret task force whose assignment is to unearth a traitorous mole. Unfortunately for RIM he is the mole, a delightful irony that never ceases to amuse him.
In the two years he has been with RIM he has only met his match once. Anneke Longshadow, another RIM agent, who nearly succeeded in exposing him. But nearly wasn’t enough. Now she is dead and he is very much alive to pursue his criminal activities.
Right now, Black has a new problem. One that will challenge him to the max. He has a lot of work to do and little time to do it but as with every facet of his life, he plans each step with meticulous precision.
Maximus needs to find three sets of lost coordinates to rediscover the power of the dreadnoughts – a powerful armada of unbeatable power, long since put into mothballs by the sentinels whose job it is to keep peace and harmony in the ever expanding universe.

Sadly for Black, complications arise. It seems Anneke Longshadow isn’t dead after all. Every bit his match, Anneke eludes the traps Black sets for her. Born on Normansk, a planet with 1.9 gravity, Anneke is more than capable of defending herself against Black’s hired help, the insectoid Envoy, and his professional mercenary and hitman, Kilroy.

Power-hungry, Black usurps the throne of Quesada, a powerful crime syndicate. His ultimate aim is to replace the Galaxy gate-keepers, RIM, with his own organisation. Matching him step by step, Anneke collects as her allies all those who Maximus has deposed in his march to becoming ruler of the universe.
Thank you Paul for your generous sharing of your new novel- dystopian fiction is certainly new ground for me and perhaps for many of my readers- I know it will be eagerly read and wish you all the best in the writing of the next in the series.

Paul's book can be found on the Ford street website.


Paul can be contacted here.

A day off from teaching so we walked to Macquarie street- so many steep streets in Sydney!
We spent several hours immersing ourselves in convict history.  The Irish immigrants- the orphan girls really grabbed my attention and the ratcombs of course and their fragments of rags and broken objects. 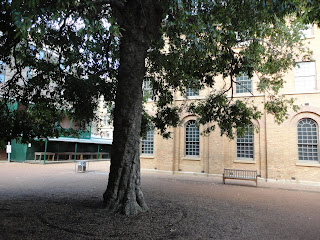 But those sewing objects, the need to repair, to sustain, to start in a new land really spoke to me. 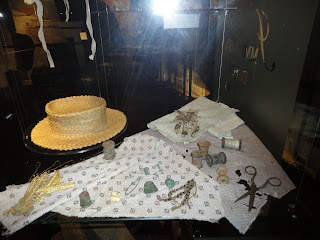 And the lists, the legacy of institutionalism in a new life- reached out through the corrugations of time. 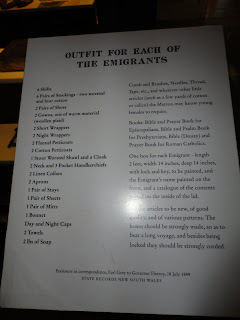 About to start my poetry workshops and I'm surrounded by old world charm.  After hectic weeks I've began to wind down and actually writing more of my next novel and gathering ideas!

Love the pressed tin roof of our terrace and wish the art deco fireplaces were still working! 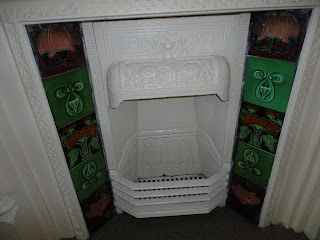 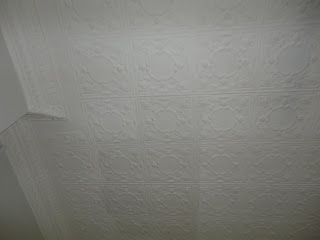 Surprising ideas and moments as gifts are all around- while watching the sea at Rushcutters bay- all those yachts- I watched a shape like a small sting ray approach in the shallow green water and it was a penguin- it surfaced looked at me (I'm sure it said hello) and disappeared...

Just had to share this link- look what was written in my poetry workshop last week in the State library as part of Reading Matters confernce.
Posted by Life's a poem at 13:09 1 comment: