We went by train on a day of Olympic events, so the train was standing room only.  Once in Oxford- about an hour's train journey form London, we took the open bus tour first to get a perspective, but lasted two stops and got off at Oxford Castle. 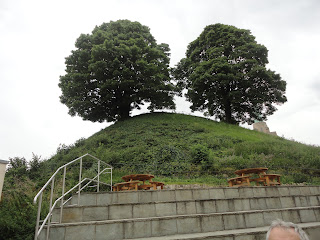 This mound was built in1071 ' using an estimated 200 Anglo-Saxon slaves working for eight months. A ten sided stone keep stood at the top which was part of the Castle's defences.'  We climbed to the top- a bit scary and there was a steep staircase down to a deep well at the top. 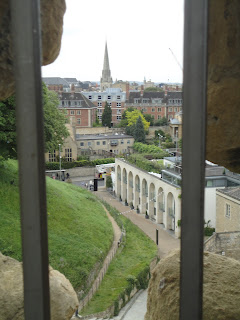 Kel took this view of Oxford from the top of the Saxon tower.
There were so many different kinds of tour buses, tourist groups all flocking to Oxford.
the open bus commentary- an Oxford student gave us many insights to landmarks we could explore later on.  This is one we went back to view. 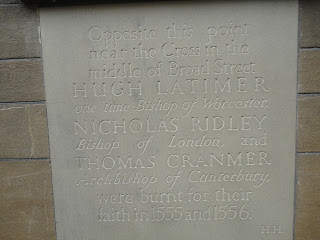 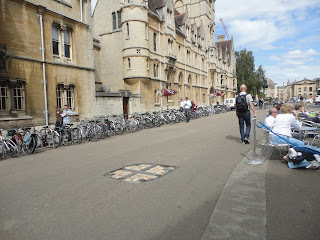 Oxford has had turbulent times.  We visited (of course) the Bodleian library and soon I will do a post on that.
Posted by Life's a poem at 20:08

Wow! Have missed all these posts mum!
Such history!